How to open a fencing club in Spain. 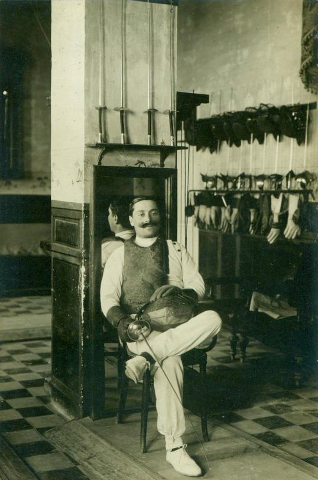 Spain is an open frontier for would-be club operators. If you examine the list of clubs registered with the Spanish federation it may appear that there are clubs everywhere but the truth is that most of those clubs exist on paper. This means the “club” offers fencing at a municipal sport facility but do not have a true program or infrastructure. The most important and successful clubs are in Madrid and Barcelona but the northern regions of Asturias and Cantabria or Malaga and Cadiz in the south are mostly fencing free zones.

Let me tell you a little about the club I’m working at now. We have two spaces in the lower level of a high school in downtown Madrid. One of them is the “fencing hall” with the scoring machines and 7 electric pistes and the other is a typical gymnasium. I don’t know how big they are but you can get an idea from the photos. In addition, we have an outdoor basketball court, a dedicated armoury, two dressing rooms, and a storage room for material. The club pays nothing in rent. That’s right; totally free. 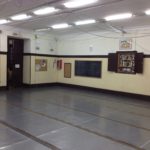 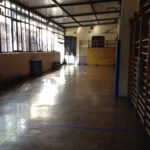 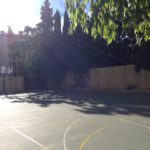 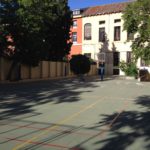 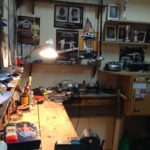 As of this writing there does not exist a fencing club in Spain which is 100% private; owned and operated by an individual or company. All clubs are public or quasi-public and must be registered with the local city hall. The paper work needs to be signed by the board of directors or founders.

My club was founded before the changes to the Ley del Deporte and every member is actually a socio. This means there is a vote for club president, members may request to see the account books, and have many other rights. With newer clubs the socios are the founders and the members are considered users of the club services.

The Ministry of Education is still handing out subsidies. Last year we received around 10,000€ for participating in a league. For this reason no club is private. Privatizing your club means no government money. You also won’t be granted access to public spaces to try and get a new club started. This is the biggest step anyone needs to make when trying to start a club. If a local government grants you free use of space or at low rent, you’ve practically won the battle. Getting those meetings with city officials isn’t easy but it all comes down to how well you can sell yourself and your ideas.

How to become a fencing master